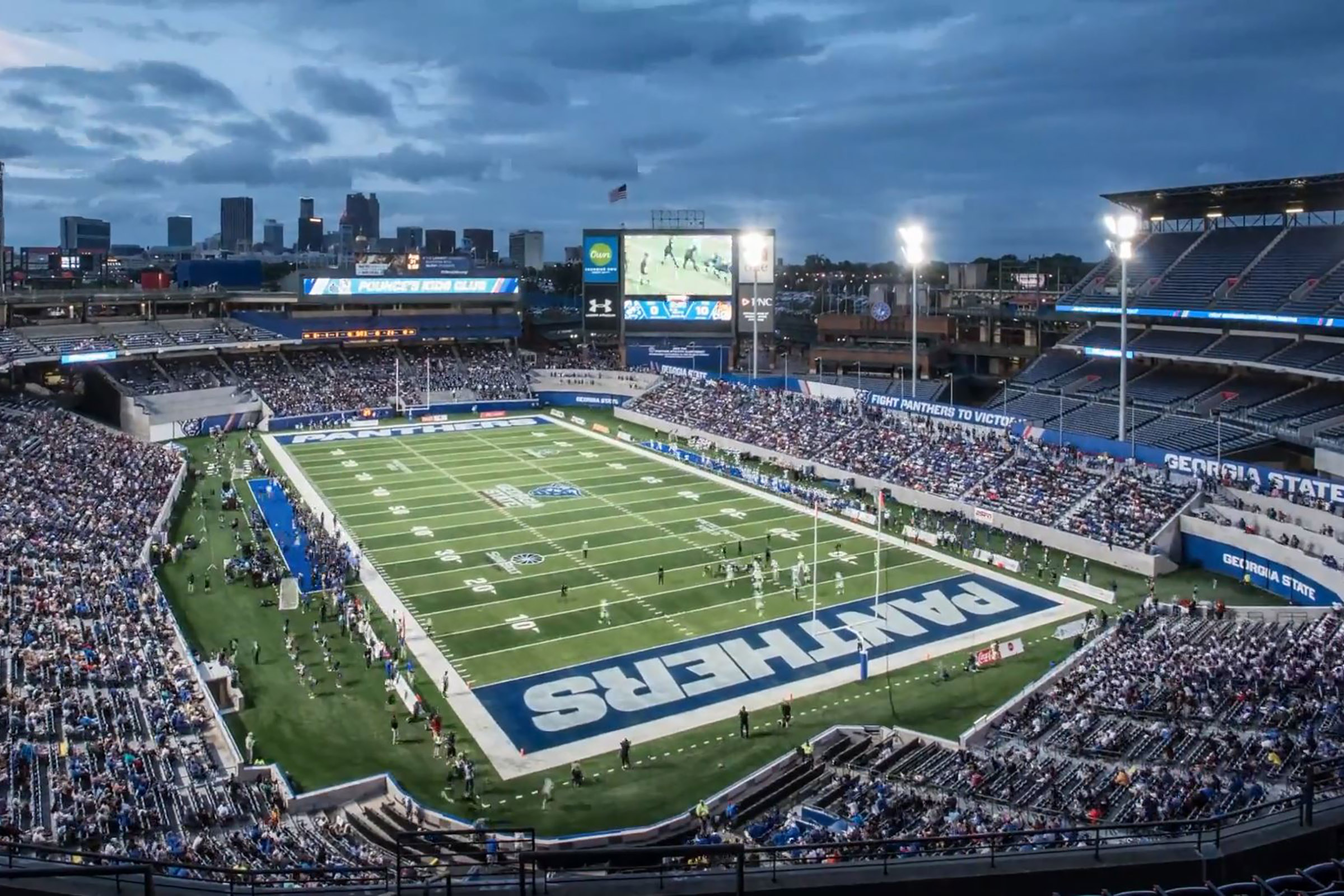 Lead Designer
Project Architect
The $16.5m conversion of the Turner Field MLB ballpark into a collegiate football stadium and home of Georgia State Athletics in less than 14 months (5 design, 2 Bid/Award, 7 Construction) is an amazing story.

As the lead designer for the successful completion of the feasibility study, Heery was direct selected for architectural and engineering services to complete the stadium conversion in July 2016. My team and I completed full hard bid construction documents in 5 months with minimal access to the facility. GSU took ownership of the building on January 1, 2017 and through unbelievable coordination between the contractor, facilities, athletics, and architect Georgia State played their home opener on August 31, 2017.

Scroll back to top